Editing With Pizza and Salmon

Before you start reading this blog, ask yourself one serious question:
Have you ever seen anything that looks better than that slice of “California Dreaming” pizza from Cogan’s in Norfolk, VA??
As I am laboring away at this story, “The Wife,”–which is feeling less and less like a story and more and more like the very bad start of a novel–I have taken a break to open a Patreon account (patreon.com).
There is a good deal of figuring out the site, which always feels like wasting time to me, although I will confess to a thrill of accomplishment when I actually do master any small detail.
And there is a good deal of writing. You know the kind of thing–biographical details that somehow make you sound charming, witty, serious, and a tiny bit eccentric, nothing excessive.  What’s wanted is just enough to enhance your charm and your  seriousness with a soupçon of spice, nothing to make you seem like a whack-job.
However that might be, the writing–in fact any writing–provides the deeply desired sense of Doing Something Important.  Doing my work.
What follows describes an absolutely delicious editing experience I had a couple of years ago.  I hope you enjoy it.
The Author
Rachael Steil is the author of Running In Silence: My Drive for Perfection and the Eating Disorder That Fed It (Koehler Books 2016).

I know Rachael because her mother knows a good friend of mine in Michigan, and my friend asked me to talk to Rachael about a book she was writing.  And that is how it all started.

For over three months, from early February to sometime in May of 2016, Rachael and I edited her manuscript.  When I first read it, Running in Silence weighed in at approximately 100,000 well-crafted, sometimes lyrical words. By the time I finally met her in person, Rachael had cut it down to a more manageable 80,000.  I remember that almost the first thing she said to me was, “I’ve cut 20,000 words!”

Running in Silence is a memoir, powerful and personal, the story of one young athlete’s war with the siren songs of binge eating and starvation as they play out on the running tracks of high schools and colleges coast to coast in this country.

On her first trip from Grand Rapids, Michigan, to Norfolk, Virginia, I took Rachael out to meet John Koehler, founder and guiding spirit of Koehler Books, the Virginia Beach publishing company that had released my first book almost a year earlier.  John took us to lunch and gave Rachael the benefit of his experience  from many years in the worlds of publishing and marketing.  He was clear: “Memoirs don’t sell. You have to turn this into a self-help book. You need a good editor. I suggest Dean.” Although she was clearly charmed by John and grateful for all his advice, I saw the look of near-desperation on Rachael’s face as she absorbed his words about a self-help book.

When she climbed into her rental car the next morning, headed for the airport, I told her to think everything over and call me if she had any questions.  We parted on good terms, having enjoyed a couple of very pleasant days together talking about writing in general and our own writing in particular.  She had made a connection with my cat, Isaac.

It was about a month later that Rachael called and asked me if I would edit her book, and that was the beginning of an editing and writing partnership, and a solid friendship, that was more and certainly different than either of us expected.

THE CONVERSATION
Rachael—“I don’t know how I feel about turning my memoir into a self-help book.”

Dean—“I know exactly how Ifeel about it, Rachael. I won’t have anything to do with turning your manuscript into anything other than what it is. We have to figure out a way to impose a self-help apparatus of some kind onto it, almost like a frame.  But no violence to that text. I won’t do it.”

We were both relieved, I think, and we were soon to discover that we had set ourselves a formidable task.

THE MONEY
I charged Rachael by the hour and considerably below the going rate for professional editing, because I had absolutely no idea how long this would take.  I sent her regular invoices, I think monthly, so she could keep track of exactly where we were.

THE WORK SCHEDULE
**Rachael recently sent me this series of photographs from the four days she spent with me doing a final editing of her book.  I think they pretty well say  it all.

A NORMAL WEEK
Sunday Rachael sends a chapter or two.

Monday Rachael and I do the first reading, out loud, over the phone, and we stop when we hear that “sour note,” continue to read the sentence or short section over and over and over, often going backwards and reading a paragraph or two before it, hoping to identify the problem in context. When we find the sentence that is out of tune, we take the time to rewrite if it can be done quickly and easily.

Mon-Wed Rachael integrates all the corrections we made or discussed in our reading; I go through the manuscript and, using Track Changes, make more suggestions.

Wednesday, as early as I can,  I send my corrected version to Rachael and she reads it over and either integrates my suggestions or marks them for questions.

Thurs We discuss the chapters as they now exist, Rachael again making changes as we go through.

Friday We read the chapters aloud again and Rachael takes them home over the weekend to write the changes into the text and file these chapters away for the time being.

This describes the rhythm of most of our weeks.  Once Rachael flew in to stay for four days of editing.  We turned off our phones, locked the doors, and read aloud and edited.  Our only contact with the outside world was the guy who delivered the pizza.  The next morning, I introduced Rachael to the thrill of cold pizza for breakfast.

Somewhere in there I cooked salmon and vegetables.

THE SELF-HELP BOOK
I started looking at self-help books online, not liking them any more than I ever had, but this was a mission.  We ultimately came up with a very simple formula.  At the end of each chapter we wrote questions for thought and short assignments for journals. Our goal was to engage the reader in as active a way as possible.  I began to take some delight in this entirely new area of creative thought. For example, and I’m proud of the sheer corniness of it—in this book about eating disorders and running, I labeled the two sets of questions “Mile Markers” and “Food for Thought.” I got us started, but Rachael soon picked up the rhythm and took over.  By the time the book went to Koehler Books’ editor and to press, she had fleshed out all the chapter challenges and had attached a Glossary and an exhaustive worksheet at the very end.  It is an amazing achievement. And the whole experience has led Rachael down some unexpected paths.

THE MISSION
Rachael Steil has become a spokesperson for her cause. She travels to high schools and colleges, speaks to students, teachers, coaches, and counselors, raising awareness of eating disorders among serious student athletes, especially runners.

I believe she will back me up when I say that she never saw herself doing any of this, starting with that self-help book we were both so determined not to write. 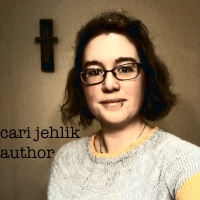