TALKING BEAUTY: A CONVERSATION BETWEEN JOSEPH RAFFAEL AND DAVID PAGEL ABOUT ART, LOVE, DEATH AND CREATIVITY

Joseph Raffael and David Pagel are among the small handful of people who would dare to call a collection of emails “a conversation . . . about art, love, death and creativity.” Yet that is precisely what they have done. Between February 2015 and the early spring of 2016, in an exchange of emails, David and Joseph carried on a richly layered conversation  on precisely those elusive subjects.

They could not be more different, these two. Joseph is eighty-five years old. David is at least a quarter century younger. The photographs of David show him with his wife and two young children at the Grand Canyon, or on a bike participating in a rugged event called the Mullholland Challenge, an annual competition that describes itself as

“an epic challenge with tons of climbing in the incredibly beautiful Santa Monica Mountains. This event is geared toward the adventurous cyclist who loves to climb.
106 miles with about 12,700 feet of climbing!”

Joseph and Lannis stand quietly in front of one of Joseph’s large paintings, two of life’s warriors who have walked away from the battle. They look a little worn, beautiful, and filled with the joy of the day and each other.

David and Joseph share in common a love of beauty, an acquaintance with great loss, and an urgent interest in ideas. Much of their conversation is about their children.

While they do not always agree, their dialogue is full of mutual respect and affection. They possess the wisdom of experience and the curiosity of those who are always beginners.  A light shines on their journey and illuminates the path for all of us.  I, for one, am enormously grateful.

I have known Joseph since the 1970’s, toward the end of his time in California and not long before he left for the South of France. We saw one another once after the move, in 1989, at an exhibition of his work at the Nancy Hoffman Gallery in New York. After that, we lost touch until 2015.

I discovered David Pagel–his writing and our mutual appreciation of Joseph Raffael’s painting–only when Joseph sent me a copy of his book, Moving Toward the Light (2015), in which David’s essay figures prominently.  I subsequently reviewed the book, both the visual and the literary art.  The two men have never met.

I don’t expect I will see Joseph again in this life, nor will I ever meet David face-to-face.  And yet, here we all are, no more than a breath apart. Art, love, and death.

One day, a phone call from my publisher informed me that a package had arrived for me at his office.  Although I knew about Talking Beauty–I had seen part of the manuscript–I had not expected this gift. When John read the return address, I knew and asked him to open the box.

He took a photo of the book and sent it, appropriately, via email.

A friend drove me to Koehler Books at the beach to collect my treasure.

If you have stood in the presence of Joseph Raffael’s paintings, you have already heard much of his conversation about beauty–a conversation he has carried on, from New York and northern California and, for the last three decades, from Cap d’Antibes. It is, according to Joseph, a conversation whose language is  color and energy.

If you have read any of David Pagel’s writing, you know the meaning and the music that threads into the fabric of the language that belongs to this man of words.

“For me, beauty is the kind of thing for which there’s no one-size-fits-all definition . . . my surroundings . . . suddenly seem to be clearer and crisper and more immediate–as if the distance between me and them has disappeared and everything is where it belongs.”

To which, the man of color and energy responds, “This is a subject that leaves me speechless.”

The pages turn. The conversation deepens.  What began as a philosophical exchange about the nature of beauty, jumps to the deep sharing between them of the more intimate search for the divine, the children, the long journey of Lannis Raffael into the realms of death, and back again,  And, in a section called “Devastation and Destruction and Instruction,” David concludes that

“Suffering and discovery go hand in hand, and loss and beauty are intimately linked.”

The loss of pets, the death of a son and the healing of a daughter. Joseph begins the next section, “Rachel and Matthew,” like a diver,

Fifty pages in, they communicate in the shorthand of intimacy.

In this tapestry of words and color, there is the music of a kind of call and response of poetry.  Back and forth, they offer up not only their own creativity but the poetry and prose of Oliver Sacks and T.S. Eliot; Wallace Stevens and James Taylor; Rilke and Dante and Walt Whitman.  It is the kind of eager and unplanned quoting of favorite and remembered lines that two friends, both well-read and thoughtful, throw out in a conversation to make a point, reinforce an idea, or for the pleasure of a dance with the beauty and meaning they are seeking.

“I am sorry I have wasted (and still waste) so much time; I am sorry to be as agonizingly shy at 80 as I was at 20; I am sorry that I speak no languages but my mother tongue and that I have not traveled or experienced other cultures as widely as I should have done . . .

My father, who lived to 94, often said that the 80s had been one of the most enjoyable decades of his life. He felt, as I begin to feel, not a shrinking but an enlargement of mental life and perspective. One has had a long experience of life, not only one’s own life, but others’, too. One has seen triumphs and tragedies, booms and busts, revolutions and wars, great achievements and deep ambiguities, too. One has seen grand theories rise, only to be toppled by stubborn facts. One is more conscious of transience and, perhaps, of beauty” (Oliver Sacks, “The Joy of Old Age,” NYTimes, July 6, 2013)”

JR: “I say, ‘Ditto'” And after a moment’s silence, he continues,
“Thank you, David, for moving along the path with me in this wonderful and mysterious journey.” 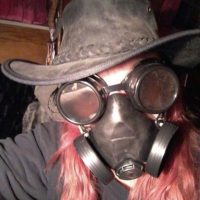 Let your soul burn a flame in this world. Be damned to make a difference.